The Life of Billy Bray

Billy was a tin miner by trade and he loved his native Cornwall, but his love for souls was greater. When he was criticized for building a new chapel, he replied, “If this new chapel ... stands one hundred years, and one soul be converted in it every year, that will be one hundred souls -- and one soul is worth more than all Cornwall!”

Billy Bray (1794-1868) found a real excitement in his Christian life, and discovered the secret of living by faith. His outspoken comments are often amusing, but the reader will be challenged by their directness.

This book has a strong message of encouragement for Christians today. Billy believed and accepted the promises in the Bible, and lived a life that was Spirit filled.

FW Bourne, the writer of the original book, The King's Son, knew Billy Bray as a friend. In it he has used Billy's own writing, the accounts of others who had met Billy, and his own memories. 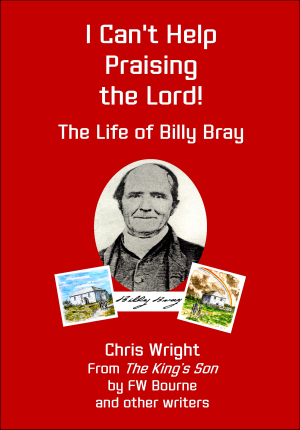