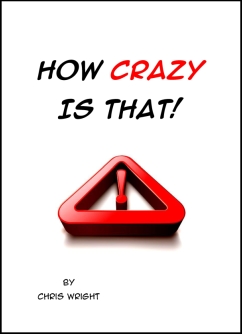 How Crazy is That!

Did you know that Christians have this crazy idea that’s 2000 years ago God came to earth as a man called Jesus, that he willingly died on a cross to take the punishment for people’s sins, and rose again from the dead to make a place for his followers  in heaven? How crazy is that!

His followers who were there were so convinced by what they had seen and heard, that they couldn’t stop telling people about Jesus. Many of them faced death for what they were saying, but they wouldn’t give up. They must have been crazy!

This is a booklet available from White Tree Publishing

and as an eBook