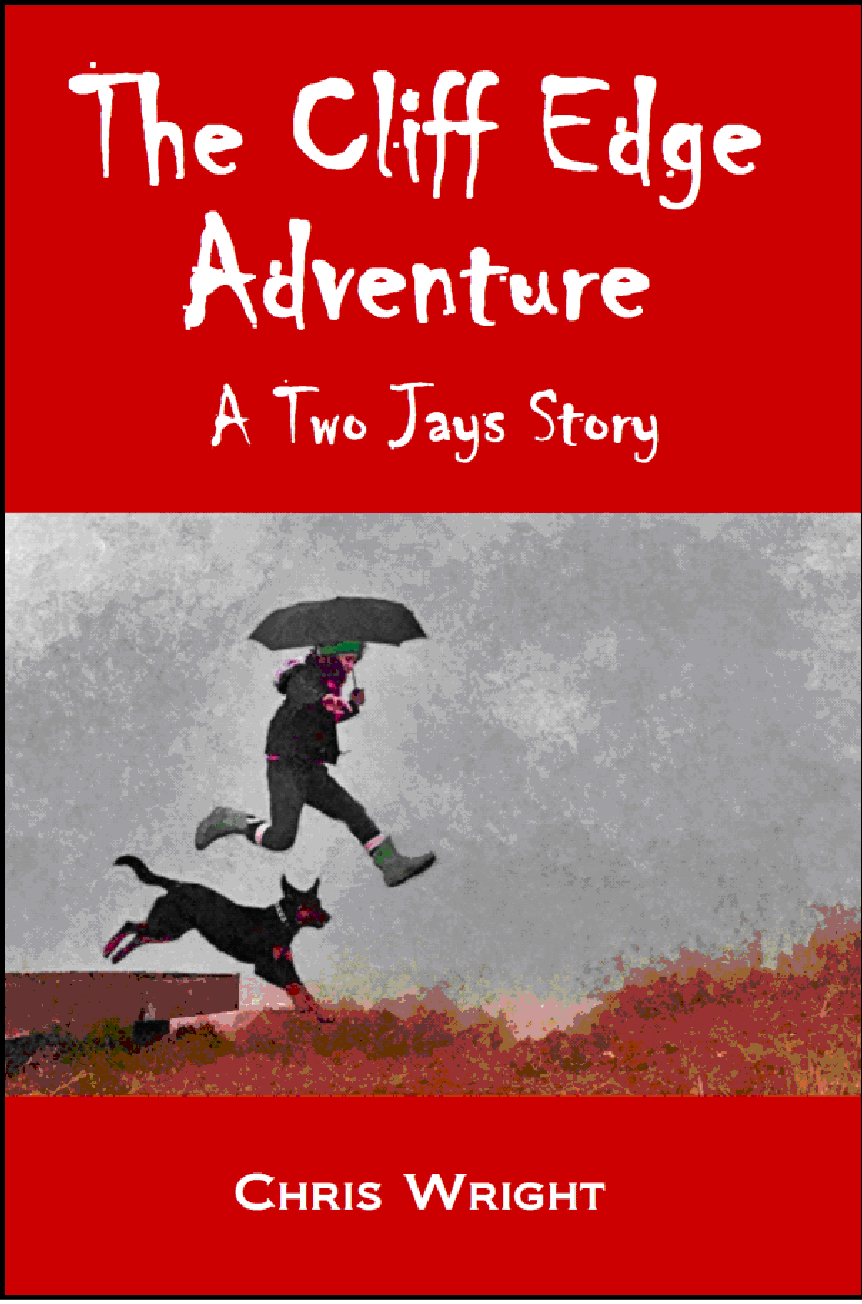 James and Jessica's Aunt Judy lives in a lonely guest house perched on top of a crumbling cliff on the west coast of Wales. She is moving out with her dog for her own safety, because she has been warned that the waves from the next big storm could bring down a large part of the cliff -- and her house with it. Cousins James and Jessica, the Two Jays, are helping her sort through her possessions, and they find an old papyrus page they think could be from an ancient copy of one of the Gospels. Two people are extremely interested in having it, but can either of them be trusted? James and Jessica are alone in the house. It's dark, the electricity is off, and the worst storm in living memory is already battering the coast. Is there someone downstairs?