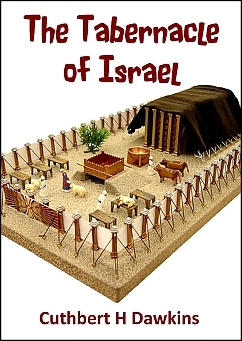 The Tabernacle of Israel

God graciously gave an illustration of His presence to the Israelites when they were in the desert. It started with a dwelling like their dwellings – a tent. It had an innermost sanctuary where they were to think of the awesome, invisible reality of God holding the words of His bond with them. There was a room representing the daily service of their lives. And there was a courtyard where sacrifices were made. These were most important. The sacrifices represented the end of wrong-doing in death – the death of a substitute animal. And from that the people could have a living and right relationship with God. They could be holy as He was holy. A Christian interpretation.