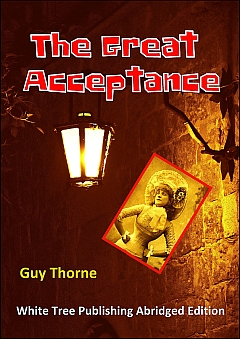 This is a true story. It is impossible today to imagine the poverty, violence and vice in the East End of London in the nineteenth century. Indeed, Guy Thorne writing about it in 1912 makes the same comment!

William Charrington, an heir to the famous brewery, gave up his inheritance of over £120,000,000 in today’s money to work in the East End, with the support of several friends. In the 1880s there were 375 musicals in Greater London. Those in the East End were run partly as brothels, with many of the dancers being prostitutes, with rooms set aside within the theatre for their use.

When Frederick Charrington tried to expose the situation at a time where girls as young as 13 (the legal age of consent) were trapped into the abhorrent trade, the outside world was initially sceptical, and content for things to continue as they were.

Author Guy Thorne was appointed as Frederick Charrington’s official biographer, and with the help of eyewitness accounts, newspaper articles, and reports from the courts of the time, he has pieced together a horrifying but readable account of the period, with amazing results of the change in many people’s lives.

Frederick Charrington initially hired the music halls on Sundays for Christian services, but the numbers coming were so great that a special hall had to be built. And then another! Thousands of the starving poor were fed every week, with many of them especially anxious to hear the Gospel. Charrington’s ministry was not just preaching, but involved practical help.

This White Tree Publishing edition has been abridged considerably from the original to make a more readable account. Sentences and paragraphs in the original have been broken into shorter lengths. Extensive details of some events and people involved, which would not be of great interest today, have been edited. The unedited original is still available from some sources.

When it was Dark